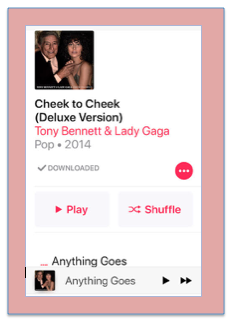 We were driving home from a delightful lunch at a Thai restaurant — my husband, me, and my mother and dad. In one of those quirks of the digital age, my iPhone connected with the car’s bluetooth function, and suddenly the car was filled with music. We all hummed along and smiled as Tony Bennett and Lady Gaga sang oldies from the 1940s and 50s — from their album Cheek to Cheek.

We had been discussing our lunch, although my father, with his memory challenges, did not remember where we had been or what he had eaten.

What he did remember, however, were the lyrics to all the songs on the Cheek to Cheek album. Although we had arrived back at my parents’ apartment, we did a tour of the perimeter roadways of their retirement community so that we, Dad mostly, could continue singing. He knew every word. Moreover, he periodically stopped and asked my mom if she remembered this event or that person from the years when the song was popular.

Music is truly miraculous. In his book Musicophilia, neurologist Dr. Oliver Sacks writes about music and the many musical responses of the brain — some of them quite strange and unfamiliar to most of us. However, when he addresses dementia he writes that “… the response to music is preserved, even when dementia is very advanced.”

The aim of music therapy with dementia … seeks to address the emotions, cognitive powers, thoughts, and memories, the surviving self… It aims to enrich and enlarge existence, to give stability, organization, and focus.

If you have not seen the documentary Alive Inside, a film that demonstrates the amazing results that can occur when patients with serious dementia (the advanced type that keeps people from communicating well), find out where you can see it or go to Amazon and rent it. In the movie individuals with severe dementia are given headphones and music players filled with music specifically chosen for each person. The objective is to bring back memories of their past lives, and Alive Inside depicts many of the reactions and, more importantly, the interactions. Oliver Sacks appears in the film.

Many years ago when we were assisting my husband’s mother who had stroke-based dementia, we discovered that when she was out of sorts, we could start singing songs from her favorite Broadway musicals and the look on her face would change from frustration to great pleasure as she sang along. Not a word was missing.

The album by Tony Bennett and Lady Gaga has created a lot of joy in my family, but more importantly, each time, for a fairly long period after it’s played, everyone in the family participates in the conversation.

2 thoughts on “Tony Bennett, Lady Gaga, and the Miracle of Music” 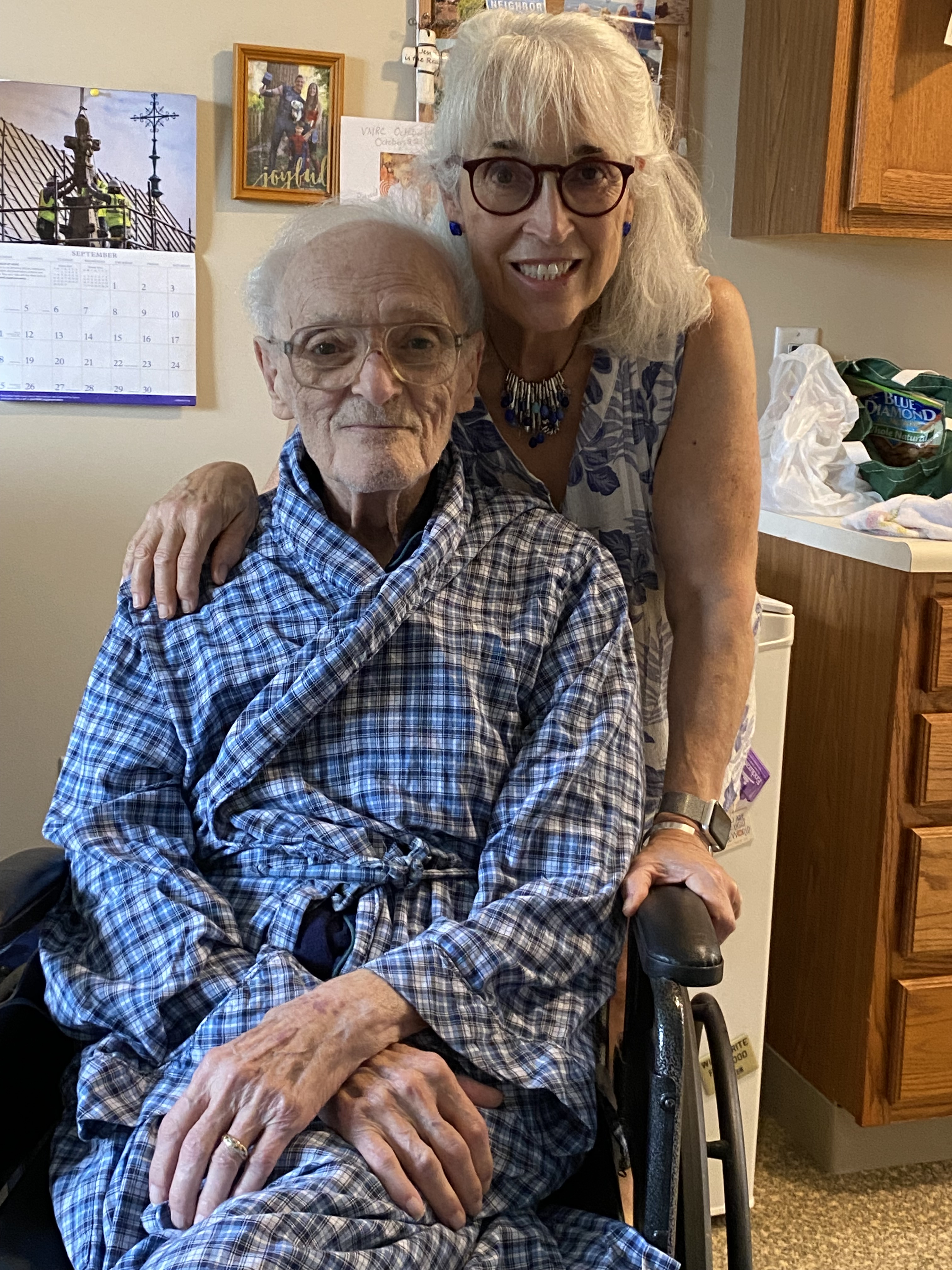 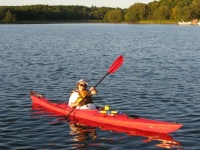