Over the past 20 years multitasking has become a common 20th and 21st Century conversation for people of all ages. Technology, especially the many things we seem to do all at once with the help of our gadgets, makes us think that we are all pretty good multi-taskers. Unfortunately, research is showing we aren’t doing so well.

John Medina, a molecular biologist at the University of Washington wrote Brain Rules in 2008 (available in paperback), an entertaining book in which he discusses 12 brain characteristics and especially the importance of movement on learning and working. Dr. Medina addresses the concept of multitasking, which he says the brain doesn’t really do that well. What many of us think of as multitasking is really task switching, and some people are better at jumping back and forth between tasks than others. Research is cited everywhere in this book, and Dr. Medina documents all of his explanations. Several entertaining video explanations describing the human brain and its functions are posted at his web site. You can also listen to a terrific presentation by Dr. Medina at the Authors@Google series. 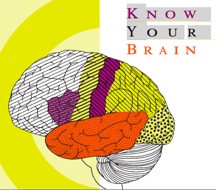 Neuroscientists at the University of California San Francisco recently conducted a multitasking experiment with a small number of people whose average age was 69. The results of their study, published in the The Proceedings of the National Academy of Science (PNAS), described how aging affects the ability of a person to multitask. The research examined whether “…the impact of interference on working memory is exacerbated with normal aging.” Participants in the study were given tasks to complete; however, at sometime during each task an interruption of some type occurred. The article, Deficit in Switching Between Functional Brain Networks Underlies the Impact of Multitasking on Working Memory in Older Adults (abstract), explains how aging participants found it more difficult to disengage from the interruption and get back to the original task.

While the PNAS article is long and technical and not freely available, New York Times reporter Matt Richtel, published an April 11, 2011 article about the research, Multitasking Takes a Toll on Memory, Study Finds, which provides further detail.

Is multitasking a myth?

One thought on “Multitasking and the Aging Brain”